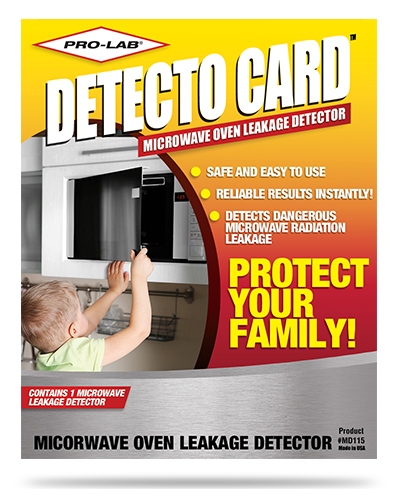 WHAT IS MICROWAVE RADIATION?

WHAT CAUSES MICROWAVE OVENS TO LEAK?

Slamming the oven door, dirt or food particles caught in the door seals and hinges, or basic wear and tear all cause the oven door to slightly separate from the oven enclosure. Once this happens, invisible, but highly dangerous microwave radiation leaks through the small space and this can cause irreversible damage and injury to you and your family.
FACT: An Independent survey conducted among the Professional Service Associates, a group of microwave repair servicemen, indicated that over 56% of microwave ovens two years or older leaked levels of radiation 10% higher than the safety standards set by the FDA. More often than not, a simple adjustment was all that was needed to stop the leakage.

WHAT CAN MICROWAVE RADIATION DO TO YOU?

The FDA has established microwave radiation exposure levels greater than 5mw/cm2 to be dangerous. Independent studies have revealed levels much lower can cause: